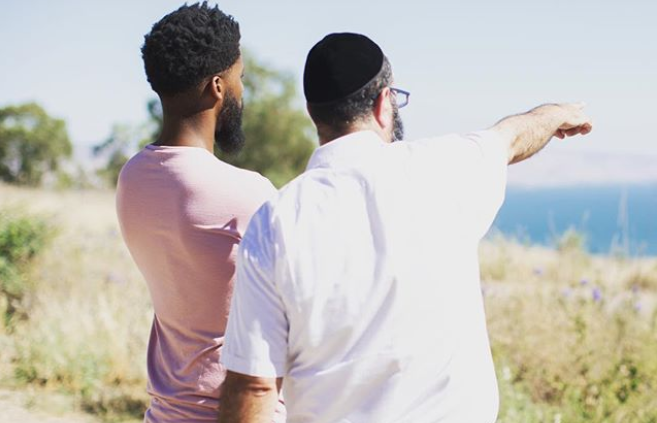 Life lessons from our cab driver. I could talk for days about the contrasting experience of Israel, but I feel like this man embodied it perfectly. Dotan, an orthodox Jewish man, philosopher, father, entrepreneur and a light chuckle in a human form. Dotan decided to recommit to an orthodox following of his faith after hearing what he believed to be the voice of God. On hearing this voice, he followed its instruction and in doing so he was able to take actions that saved his father’s life.

On meeting him, you instantly smile. It’s truly as if life compressed a chuckle and put it in a human form and then named it Dotan. On the first cab ride with him, I notice he turned off the meter 4 minutes before we arrived. No announcements, no speeches, he just turned it off. He wantsed us to save money.

Dotan had stories and facts about Israel all shared with wonder, fascination and love. We agree that we will hire him for two days and he took us on the best history trip ever. I watch him with waiters and people in the street and saw how he greets everyone like they are the most fascinating person in his world, along with his signature light chuckle. This man embodied wisdom, intelligence, hope, playfulness and kindness without seeking a pay off. Here’s to the Dotan’s of the world. Soul goals right here.

Working Through the Fog