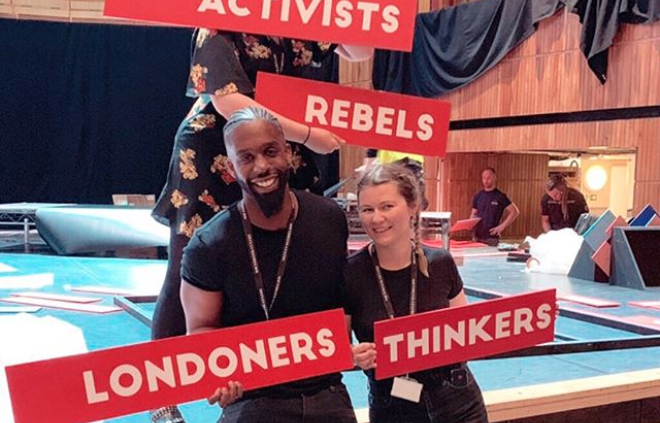 As we film and interview the team and speakers for TEDxLondon #BeyondBorders, my inner nerd and outer fanboy are in heaven. Dreamers, activists, storytellers, thinkers, pioneers and more, sharing stories where science fiction becomes science fact and where potential tombstones become resilient stepping stones. 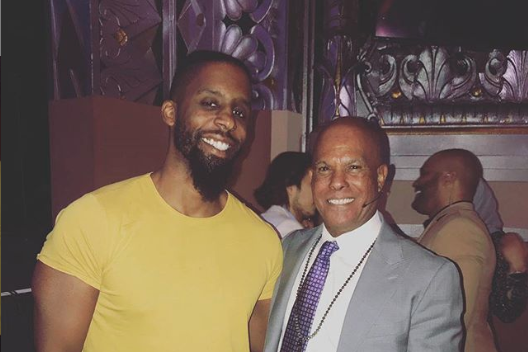 I had been reading anything and everything I could get my hands on regarding metaphysics, new thought philosophy, esoteric ideas and anything to do with spiritual awakenings for about 10 years. I had found ‘Watkins’, the worlds oldest metaphysics and spiritual bookstore, which felt like my own Hogwarts. And then I stumbled onto the work of Michael Beckwith, who to me was like finding a philosopher version of Steven Spielberg. Wonder, awe, insight and most importantly… sense.

After about a year of reading everything I could find of his, The Secret came out. Watching it, a title card came up with his name and his face. I thought: “It’s my guy!” After watching him for all of a minute, I booked my first ever flight to LA and went to a week-long retreat with him to study philosophy, meditation and, in essence, ‘advanced common sense’. At this point he had been on Oprah and as such there were a thousand or more of us at this event. On the last day, I queue up nervously to go speak to him. I fumble out my words. I’m saying something about, wanting to train in philosophy, building a company that makes spiritual cinema. He looks at me with something I want but lack. Clarity. “Go and do it” he says.

Ten years later, we take this picture. Seven years of studying, training and multiple temper tantrums later at night school. I graduated within my little esoteric school of new thought philosophy and, after a few failed attempts, I finally start my own company, Stories Like Us, which has finally moved into the space of developing TV shows and films built around hope and optimism. Here’s to the ones whose convictions can outweigh our doubts. Keep dreaming. Keep chasing. Keep believing.

This video has stories about what happened when my kitchen burned down as a kid, the end of of Titanic and, most importantly, how the current version of positive of thinking may be harming more than it’s helping. Wondering ‘will it get easier?’ Here is my full-on hyper, triple espresso mode answer for you. Chase your dreams! 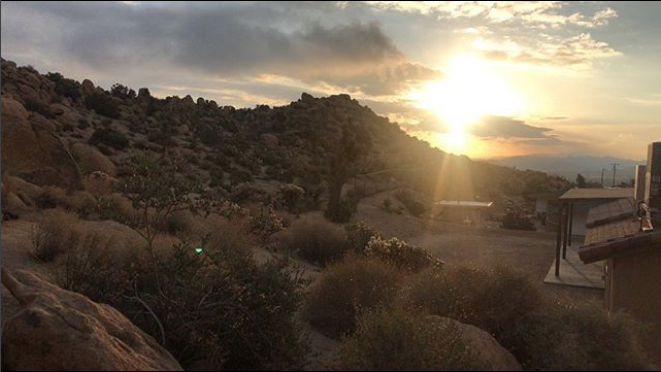 Anxiety and ambition show up side by side. It’s been a crazy year. We are not as far as I want us to be; yet we are a lot further than I thought we would be. Getting up early, taking a moment to look up, say a thank you to life before having a chat with my anxiety and ambition and getting those two to work together has been the best habit I’ve discovered this year. It’s not either courage or fear. It’s not happiness or sadness. It’s an orchestra. Every emotion, every hope, every dream and every fear is all sitting there playing their own instrument. For me, prayer and gentle focus (start one thing, get distracted, realise I’m distracted, forgive myself and get back to it) are the conductor. However, whether you are chasing a dream or totally content in your current season, there is an idea I see everywhere that says you should always aim to be happy. That all the other players in your orchestra need to pipe down and happiness should be the only member of the band. I feel like that idea causes more unhappiness than we realise. At the time of taking this picture, I got bad news, I was also in the middle of a film and was holding a personal health challenge. I was happy, worried, a bit sad and hopeful throughout the day. A few years back I would have repressed most of those feelings. This time each one would be met with the same thought, the same conductor. A simple saying, said over and over: ‘This will make me better’ – a better producer, better friend, better man, better husband and, life/god willing one day, a better dad. To anyone feeling that they ‘should’ be happier, I wish you the same thing I wish for myself: a more skilful inner conductor who can work with whatever you currently have and when needed remind you to look up before you put your head down.

I’ve been asked repeatedly if I saw Corbyn or Adele when they visited Grenfell. And every time all I wanna talk about is these two: @billyarcaves and @b_mclaren
Two people, I hope I know for the rest of my life.

END_OF_DOCUMENT_TOKEN_TO_BE_REPLACED 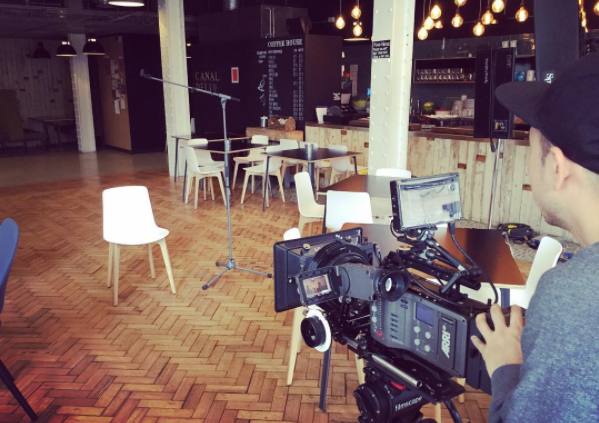 We spent Sunday working on a documentary on resilience, called Grit. We interviewed a sports psychologist who shared secrets of gold medal Olympians. It was the kind of interview that makes you want to do press ups in a Batsuit. Very happy to be working with the talent that is @hopproductions Co-Founder Johnny Ho. Can’t wait to get this one out into the world. 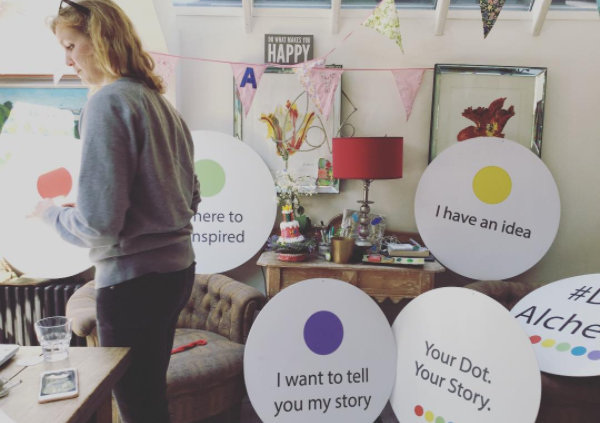 This is @evaliparova. She is one of my newfound heroes. About two years ago, she connected to a creativity born out of frustration and boredom. On a long haul flight, she took out a notepad and wrote a simple set of rules.
1. Answer the question below.
2 Pass it onto the person next to you.
3 If you don’t want to answer please pass this along.

She then wrote her first question, got up, walked to the front of the plane and gave her notepad to a complete stranger, shared a warm smile and walked back to her seat and waited.

By the end of the flight, 33 passengers had shared secrets, answered problems and shown that, though society might try to convince us how different we are, we ultimately have more dreams and more fears in common than not. Two weeks ago, CNN picked up this story. Eva is being contacted by airlines and press as more people want to use this idea to capture #planetales.

I reckon there are a few films to be made from this. But, whether we make them or not, this is a story worth sharing. This is Eva, when she is bored and frustrated she helps people connect. Be like Eva. 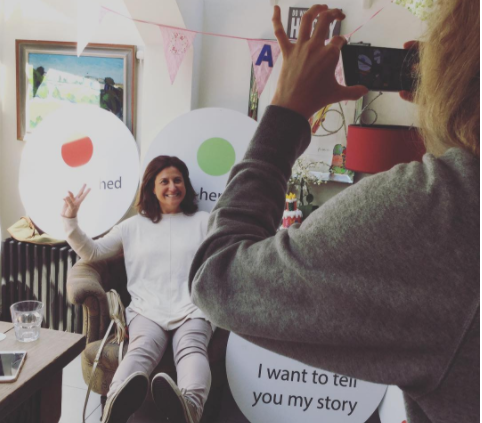 Working on the plan for next week’s film with the smiling genius founder of @hubdot. Four years ago I made their first film around a simple dream of women dropping their labels and connecting through stories and coloured dots.

What started as a coffee around a kitchen table has now grown to a network of 16,000 women in 20 cities around the world. Watching this grow has given me faith and inspiration for what my small team is building with Stories Like Us. Here’s to those chasing a dream!

My first dream job as a child was to be an actor; what I lacked in talent I made up for in enthusiasm. I even got some TV parts: I played a footballer on a Saturday morning sketch on the show ‘Going Live’. I got a part of a young prince in the play ‘Thyestes’ and was at the Royal Court Theatre at age 11 for a month. I really thought it was gonna happen. END_OF_DOCUMENT_TOKEN_TO_BE_REPLACED